A Story of Good People Helping a Good Kid in Need

“He never stops. And he’s one of the most respectful individuals I’ve ever coached.” 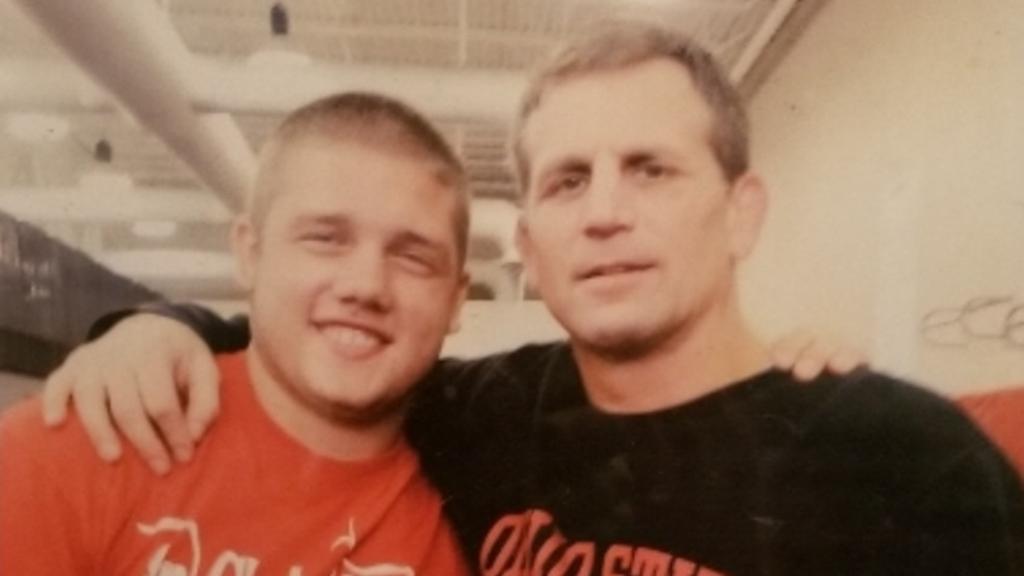 For Donnie Wilson, a freshman 184-pounder at the Division III school, the two are worlds apart.

Diagnosed with apraxia — a neurological condition that can make certain motor skills difficult or impossible — Wilson didn’t speak his first word until he was 6.

School was torture for Wilson, centered as it is on academics and socialization. He was a first grader at Oyler School in the Cincinnati Public School system, located in Lower Price Hill, a neighborhood known more for its poverty and surrounding despair than the nurturing of hope.

Slowly, Wilson would learn to talk, afflicted with a noticeable stutter that remains today.

Said Welling: “With school being a language-based environment, can you imagine the frustration not able to express yourself? I’d walk by his classroom, and if he needed time away, I’d take him. But Donnie never stopped trying.”

Welling would work with Wilson, as would Laura Tapke, his speech therapist. Both were pivotal for him at Oyler.

Sue Fox, his seventh and eighth grade teacher, was, too. By the time Wilson had Fox in class, his father had died of cancer.

“When he became too sick to work every day, sometimes he’d take me dumpster diving,” Wilson said. “We’d find cell phones and computers, and my dad would fix them at home and sell them.”

“They’d eat saltine crackers sometimes,” he said. “That would be their meal, so we (kids) could have regular food.”

“We didn’t have a lot of money, but my mom knew how to dress,” he said. “My dad, he would always wear an old T-shirt with a pocket. He’d always have cigarettes in that pocket.

“I would get embarrassed. I never wanted him to drop me off anywhere. I wanted my mom to.”

“I’d give anything to drive somewhere with my dad today,” he said.

“Mrs. Fox talked about Elder to me.” Wilson said.

In the spring of his eighth-grade year, Wilson learned he was accepted to Elder.

Dan Kreimer — now in his 54th year of teaching — would be a life-preserver in the vast ocean of Wilson’s new and unfamiliar surroundings at Elder.

“Donnie wasn’t a kid who complained,” Kreimer said. “He was happy with what he had, and the faith environment, the positive attitude about being successful, and the expectation of being successful was good for Donnie. He’s does his work. He’s not a quitter.”

Halfway through Wilson’s junior year, even the reduced-tuition portion was becoming difficult for Jackie. Donnie Wilson was anxious, figuring he’d have to leave the school he’d grown to love.

Hearing of his plight, an anonymous donor paid the remaining balance of Wilson’s junior and entire senior year.

“That award letter, when I read it, it got drenched in tears,” Wilson said. “So much stress lifted off my mom and me.”

And maybe that’s what this story is about — good people helping a good kid in need, and a college wrestling coach who’s never known his role in Wilson’s story.

Towards the end of eighth grade, Wilson was invited to hear Ohio State coach Tom Ryan speak. Ryan was in Cincinnati to deliver a clinic and talk. Wilson caught Ryan’s talk with his mom. Both felt kinship with Ryan’s message of overcoming, of finding purpose in hardship.

“I remember, we got in the car, and Donnie said: ‘I want to wrestle,’ ” Jackie said. “He’d never wrestled, but something happened that day. Donnie wanted to be part of it.”

In Wilson’s senior year, he compiled a record of 23-3 wrestling for Elder’s varsity “B” squad —  backups who wrestle in smaller varsity tournaments.

“That day started something for Donnie, just hearing and meeting Coach Ryan one time,” Jackie said. “Donnie had his picture taken with him. It’s in a frame on a wall in his room.”

Wilson is 0-4 this year, his freshman year for the Lions.

“Donnie brings a work ethic all wrestlers should emulate,” Mount St. Joseph assistant coach Elliott Spence said. “He never stops. And he’s one of the most respectful individuals I’ve ever coached.”

What will make his college wrestling career successful?

Wilson responded without a stutter.

“If my teammates and coaches know I always tried hard,” he said. “That I never quit.”

Trackwrestling.com began as an effort to help tournament managers seed wrestling events, but has since grown to do so much more. Whatever your tournament type, open or pre-defined, freestyle or greco, line bracketing or vertical pairing, youth to collegiate, Trackwrestling can be tailored to meet your needs.

Other Articles by Trackwrestling